New or improved in XenoDream v2.6

Two axial versions of the patterns based on concentric shapes: one for displacing and one for cutting stencils.

Planar and axial versions of a Penrose tiling pattern, and a planar triangle/hexagonal pattern.

An axial metamorph that adds spines perpendicular to the axes.

An iterator path bender to change the shape of spirals. 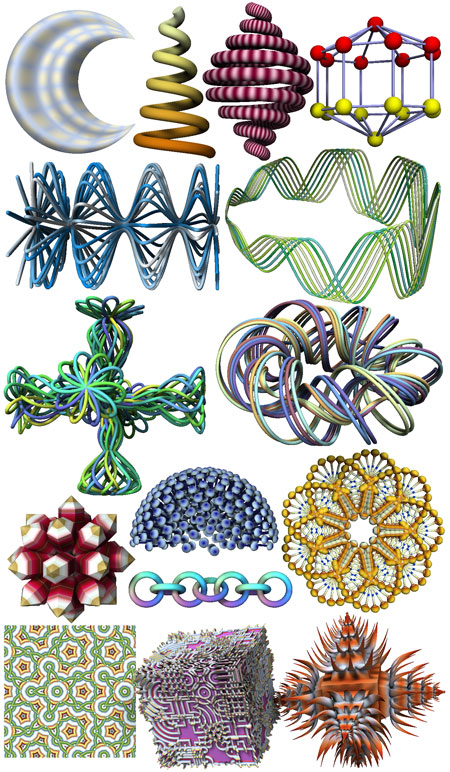 Better support for multiple monitors, especially when the leftmost monitor is not the primary.

Fixed potential problems where some dialogs could appear behind other windows.

The Colorpicker has an option for quantizing the color panel, a web format display and better distribution of the fixed colors.